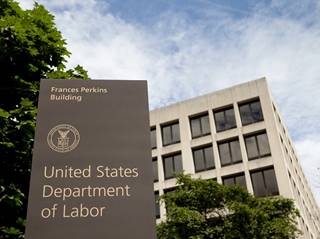 The United States Department of Labor (DOL) released a memo today which clarifies how it will determine whether a worker is classified as an employee or an independent contractor.  Click here to view the memo (https://www.dol.gov/whd/workers/Misclassification/AI-2015_1.pdf).

Hiring a part-time pilot as an independent contractor is very convenient and cost effective for many flight departments, but this type of relationship can cause legal exposure and added financial risk to the pilot, the flight department and the company.  The memo states, in part, that the workers in question “may not receive important workplace protections such as the minimum wage, overtime compensation, unemployment insurance, and workers’ compensation.  Misclassification also results in lower tax revenues for government and an uneven playing field for employers who properly classify their workers.”  The memo outlines a six point test which will be used as a tool for government officials to determine whether a worker may legally be considered an independent contractor, not requiring the traditional employee protections and allowing reduced tax revenue to the government.

In addition to properly protecting the worker with the added employee benefits, it is also important to note that pilots misclassified as ‘independent contractors’ can add risk to the flight department and company.  Even if a pilot operates under an individual LLC, which can sometimes help with satisfying the IRS, these mini companies often do not carry the necessary commercial general liability (CGL) coverage to properly manage the risk to themselves and by extension the flight department that hires them.

One size certainly does not fit every situation, which is the reason for the six point test, but we encourage our current and prospective clients to read and understand the risks of employee misclassification when contract pilots are hired by the flight department as so-called ‘independent contractors.’  To read more about JetPro’s value proposition, “Why Use an Agency”, click here.