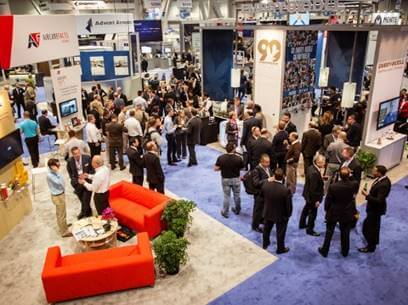 JetPro made its debut as an exhibitor at the NBAA 2015 convention in Las Vegas.  JetPro, in a sense, was introducing itself for the first time to a large portion of the business aviation community.  The company has been in business since 2009, but had enjoyed rapid growth over the first six years just through simple networking and taking good care of its clients.  It was in 2015 that active and intentional marketing efforts really began, including attending (as an exhibitor) the 2015 NBAA BACE show in Las Vegas.  Preparations were made for the show, the new booth was set up, and the show was a success.  Old relationships were strengthened and new contacts were made.  We will definitely be back!